Steve Tenner, of Helper, left front a miner of 3o years, Cesar Sanchez, center, brother of the trapped miner Manual Sanchez and Jim Hanna, underground forman of the Crandall Canyon Mine bow their heads during a prayer as they attended a auction, raffle and prayer meeting to raise money for the families of the miner's killed and injured in the Crandall Canyon Mine collapse and rescue. The event was held in downtown Helper, Utah Friday, August 24, 2007. August Miller/ Deseret Morning News 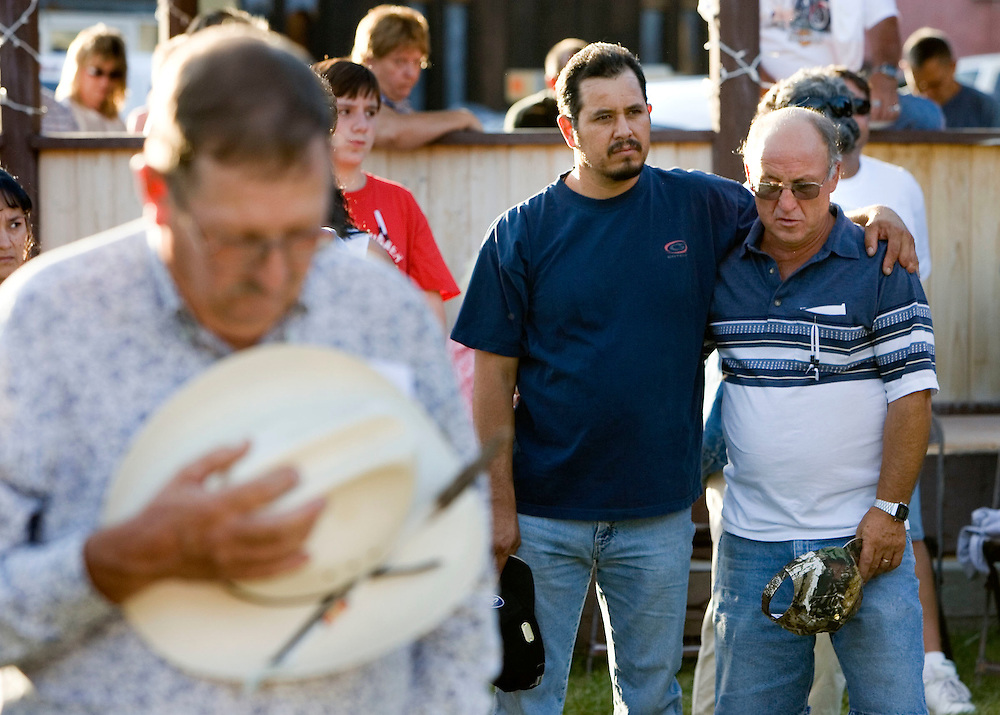