back to search results

Family members cheer as they watch the arrival of the Marines from Company C, 4th Light Armored Reconnaissance Battalion as they return from duty in Iraq. The reunion took place at Camp Williams, Utah Thursday May 1, 2008. The group mobilized June 5, 2007.and spent three months at Camp Lejune, North Carolina, followed by seven months combat deployment in the Al Anbar Province of Iraq. The group provided convoy security and conducted more than 200 long-haul convoy missions. There was only one injury, not serious, among the group during the deployment. August MIller/ Deseret Morning News . 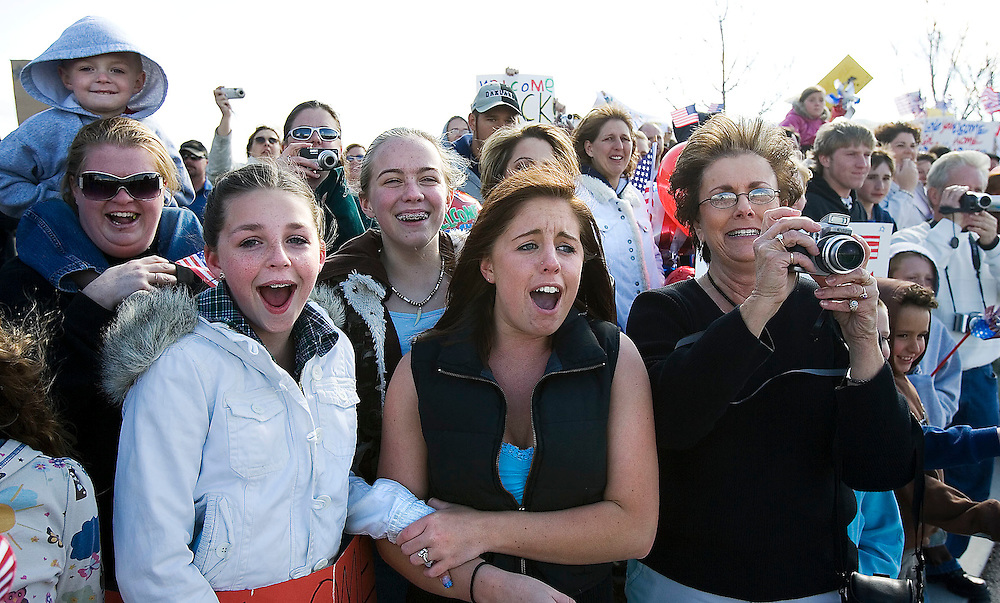